Just about everything about this article has been invalidated by changes in OpenShift, so if you really want to read what I had done, feel free to click through, but it’s not worth taking up so much front page space on this.

Using the salt data module in a salt runner

Salt runners don’t start with the full complement of salt modules loaded at start, but it is possible to load up some (many? all?) of the modules if they are needed.

I wanted to use the data module to store the result of a runner execution to reduce duplicate processing, but just adding an import salt.modules.data did not work, when the data.update() call was made, it threw an exception (something about __opts__). It took a bit of time and experimenting, but I found that I could load the module and call it like so:

Hopefully this will help someone else, as when I looked in Google for answers (late August 2015) it was difficult to find anything about using modules in salt runner scripts.

Another article invalidated by changes in OpenShift.

Multiple Monitors on a Laptop with Ubuntu 9.10 (Karmic Koala)

Recent movement of machines around left me with an extra monitor that I could use as an external display with my laptop running Ubuntu 9.10 (Karmic Koala).

From reading numerous websites, I guess that multiple monitor support didn’t improve with 9.10 over 9.04, but I did find a couple of articles that helped me craft a setup that works for me.

The original articles are:

What I ended up with was a couple of small scripts in my bin directory called ext-on and ext-off:

I then used gconf-edit to bind those commands to <Super>-2 and <Super>-1 respectively to turn on and off the external monitor.

Hope this helps someone else looking for an easier way to manage a second monitor than having to go into display properties every time you connect to an external monitor. 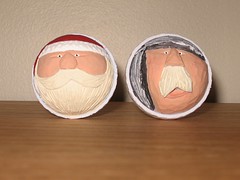 I just realized there was another Woot-Off going on today and I’d never mentioned my Woot-Off Helper Greasemonkey script.

Woot-Off Helper does just two simple things to make it easier to follow a Woot-Off from your browser:

Now you can just keep a tab open with the Woot page and easily glance at what percentage is left. If you switch to the Woot tab before minimizing it, you should be able to catch the item changes too. 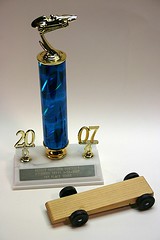 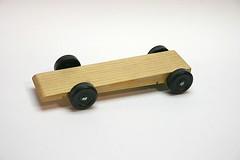 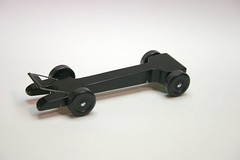 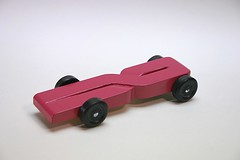 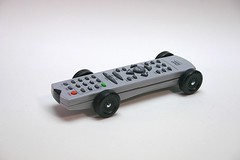